Our salon owner Andrea Currah and amazing Saks Hexham team raised £4321 smashing our fundraising records in one night for The Eve Appeal… with a little help from their friends.

When we chose to raise £100,000 towards research into gynaecological cancers in our two-year charity partnership Andrea was over the moon as sadly her beloved mam had lost her battle against cervical cancer in 2012. Andrea immediately resolved to make Saks Hexham’s contributions special… and W O A H did she deliver!

Several crazy months in the making paid off with a hot fashion show in the gorgeous setting that is Matfen Hall, Northumberland –  a very special sell out #Saks4Eve night to remember. 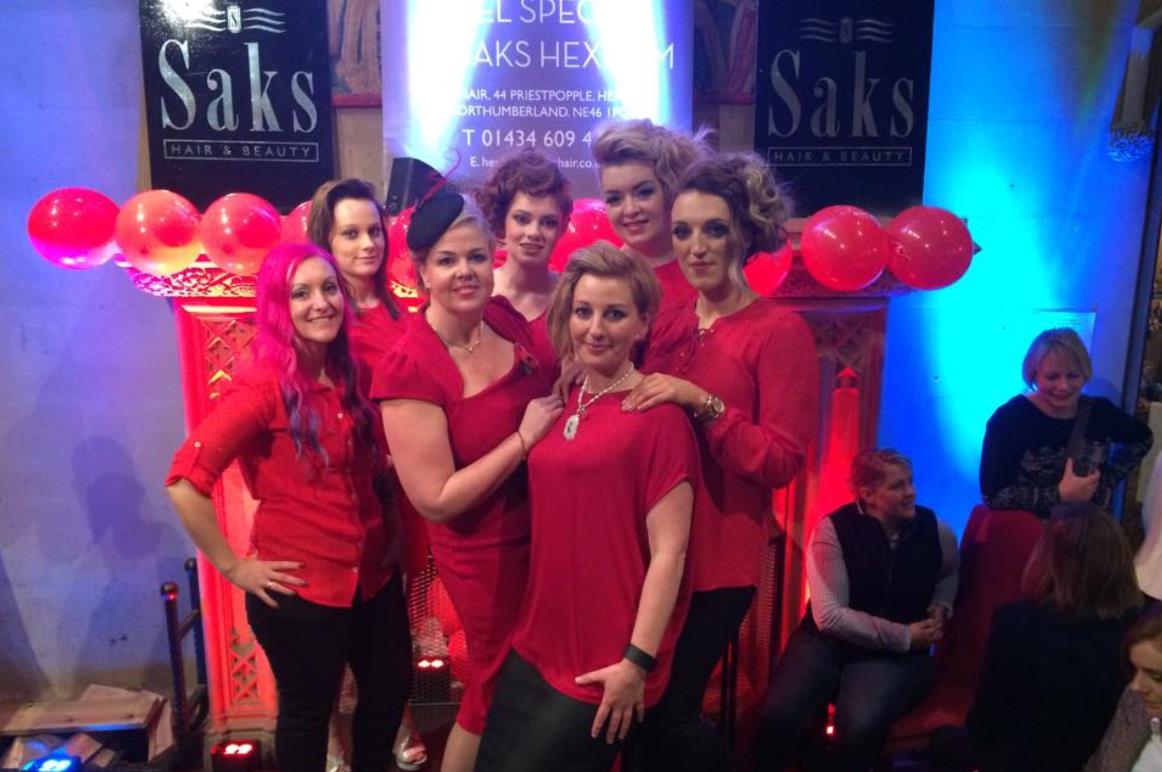 With a glass of fizz in hand, guests seated in the Great Hall and were treated a swanky auction with gorgeous prizes, acapella singers, a guess the weight of the Eve Appeal Cake competition (organised by Andrea’s daughter Darcy – it’s a family affair don’t you know), a magician and FIFTEEN local businesses also joined in with stalls offering wares all adding to the buzz of this fashion-forward evening. 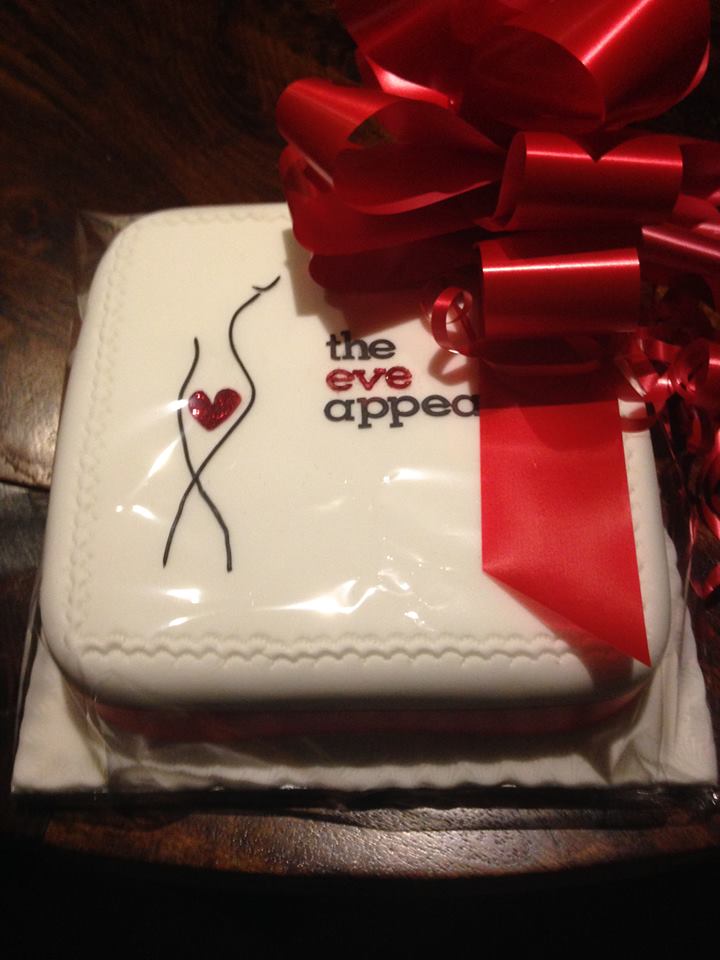 Yet another scrumptious #Saks4Eve cake!

In true Saks style, Andrea’s friends from within the Saks family were more than happy to help out. Dean Jackson of Saks Durham, led the backstage hair team, putting his experience gained with Saks Art Team at countless backstage shows to good use.  Dean turned up with a bag of money, contributing Saks Durham’s funds of £328 to the event. Margaret Watson, owner of Saks Whitley Bay and Lauren from the salon also joined in modelling beautiful clothes from local boutiques.

Andrea says: “My team of stylists threw themselves into this huge task and it paid off beautifully. We knew we were being ambitious but everyone gave 100% and I can’t praise them enough. We’ve loved creating such a big buzz in salon for such a great cause!”

To top it off Andrea’s bank Barclays price-matched the event and contributed £1,000 to our super worthwhile cause. 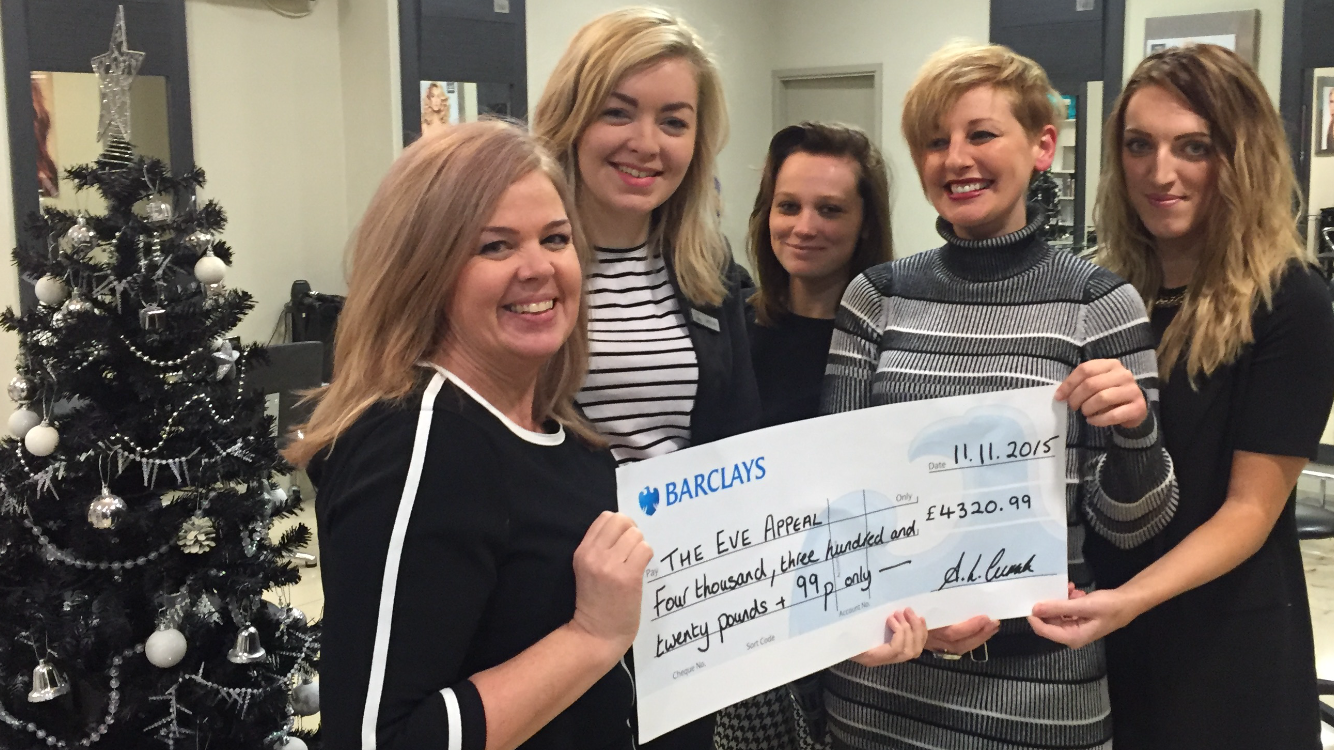 Our mates over at The Eve Appeal continue to be bowled over with fundraising Saks -style and hey Andrea we’re thinking you’ve paved the way for even more glitzy Saksy events around the UK in 2016 as Margaret’s already in the process of organising one for Saks Whitley Bay!

We’re also pleased to give a special mention to the fabulous Nicola Wilkinson and Stacey Lawrence of Saks Chester Le Street. To honour Nicola’s mam (who’s showed bowel cancer who’s boss) Nicola had signed up for The Great North Run to raise funds for Bowel Cancer UK. Before running this tricky half marathon Nicola decided she also wanted to get on board with #Saks4Eve and after a chat with mam supported not one but TWO super worthwhile causes. £200 kindly added to our pot and some extremely fancy pants worn too! 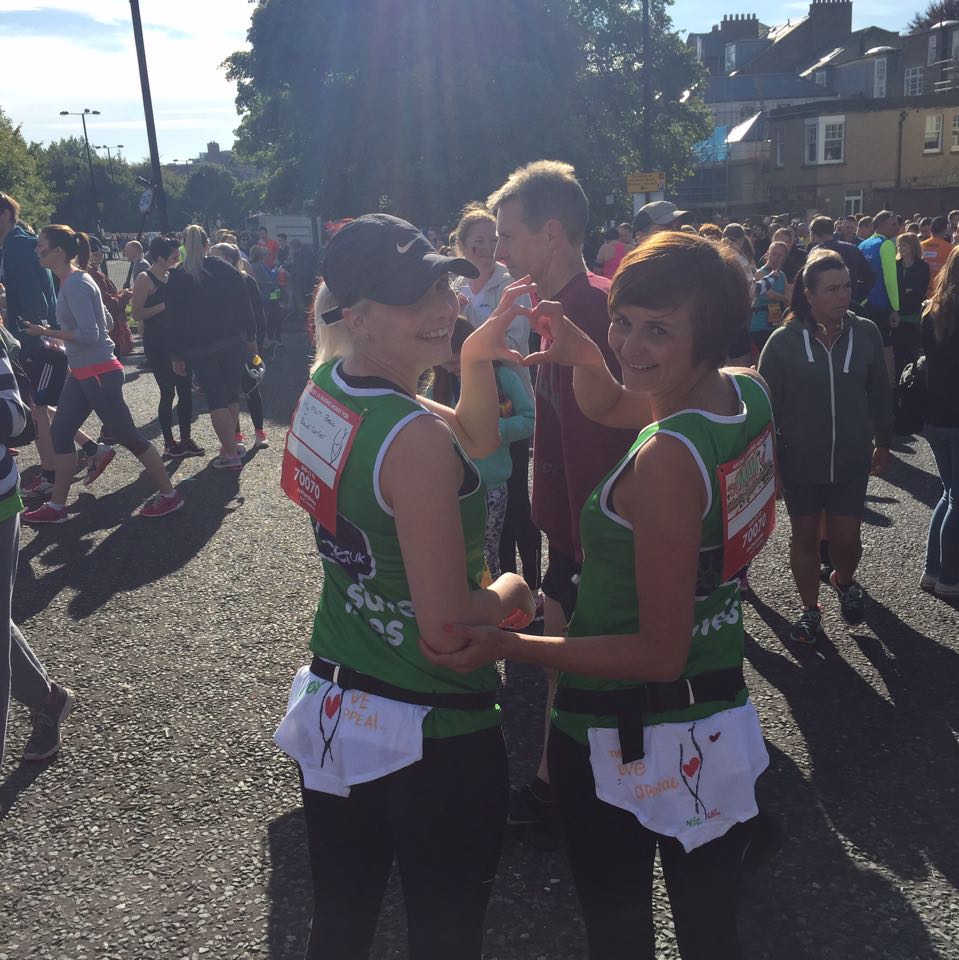 Sharing the love for not one but two amazing charities

AND OTHER #SAKS4EVE EVENTS JUST KEEP ON HAPPENING 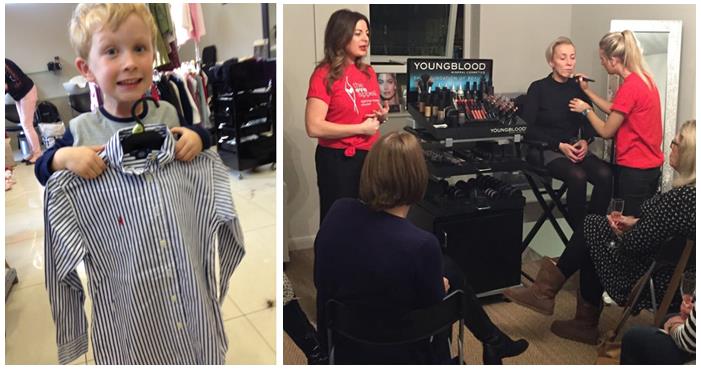 At Saks Scotch Corner young Harry says: “It’s cool but it looks a bit big mum?”, HQ Helen says: “It’s a bargain and it’s for a fabulous cause son, it fits!” Meanwhile over at Saks Northallerton, Kirsty and Jess go glam with Youngblood.

TADA… THE AMOUNT RAISED SO FAR…

We’re thrilled to announce that £42,837.61 has hit The Eve Appeal’s bank from Saks salons across the UK… with lots more already being collected from sparkly Christmas events as speak.

So year one of our #Saks4EVe has been emotional. We can’t wait to bring on 2016 xx