When you get the call to put on the L’Oréal Colour Trophy show at the Grand Final it’s A Very Big Thing. Why? Because you get to showcase your creativity to the cream of British hairdressing. And when our creative director Luke Pluckrose was invited to interpret Kaleidescopic Colour he did just that! After a ‘kid in a candy shop’ kinda moment * and several months in the making* he rocked it with the help of Saks Art Team members Clare Murphy and Sarah Clarke-Lees. 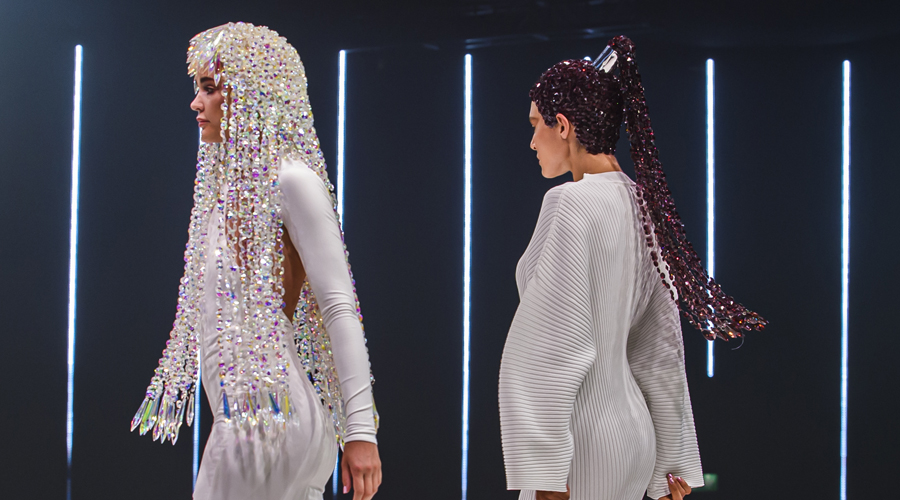 LCT is the longest running live hair competition in the world, annually showcasing some of the brightest hairdressing talents from across the UK. We’re a longstanding partner of L’Oréal and believe us, the grand finale is a night of a thousand hairdressing stars so it was an absolute privilege to be called on to set the scene. 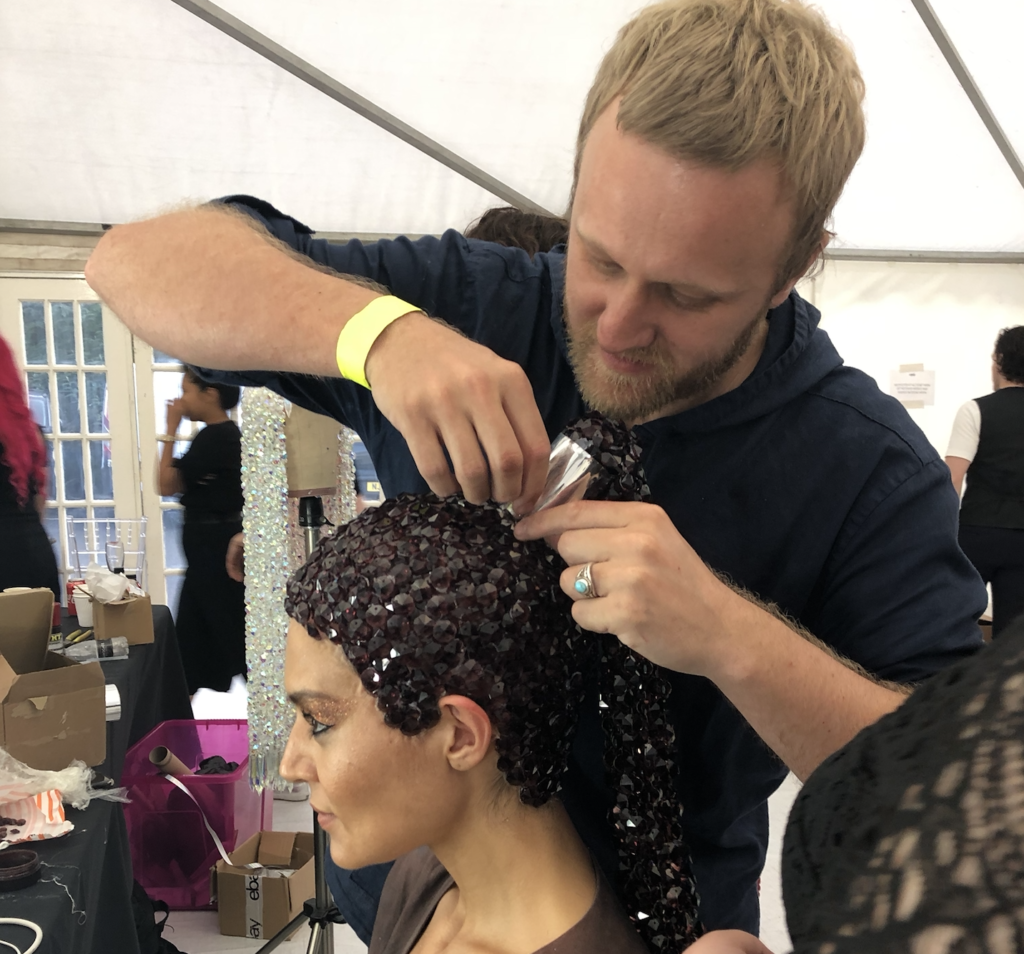 For the Hollywood  Bob, 3000 blonde hair grips were sprayed chrome and individually moulded into place to represent the iconic vintage bob of the 1920s. This wig practically undulated!

For Curly Hair Luke wanted to emulate the movement of big, curly hair when you walk. Pssst… it’s made of reflective bendy mirror sheeting (good old Ebay), chopped into long strips which were then folded– yup, just like at school – then skewered with wire and bent into lots of different directions. 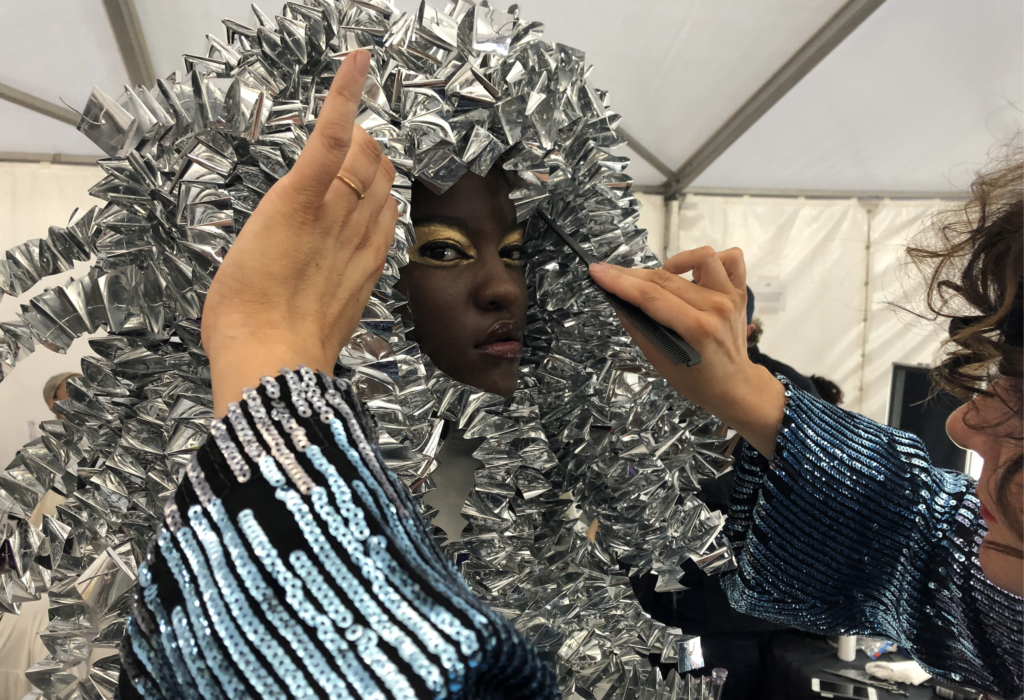 This idea is from the social trend of sharing videos of super sleek ‘glass hair’ moving and reflecting light. So, taking this literally, Luke recreated the One Length with Fringe silhouette and the celebrity-fave High Pony from clear chandelier glass droplets in iridescent coatings.

In any kaleidoscope there’s darkness and this is represented by 3D geometric wigs in homage to Amy’s beehive and Marilyn’s set bob. Luke worked with 3D designers who created geometric shapes and hollow frames to which hair wefts coloured by Sarah were painstakingly added – 1452 individual triangles completed the two shapes.

Lights illuminate the creations from within and when the venue was plunged into darkness the shapes and patterns of the wigs really did take centre stage!

About Zoe and Sophie of Saks Lincoln

Our two are no strangers backstage, having assisted regularly since completing Saks A-Team creative programme. Zoe says: “My fave is the Ariana-inspired glass high pony because the way the light made it all sparkle was blinding. It was an honour to work backstage on this one and to help the big man showcase his stunning creations to the hair industry!”

Sophie says: “Ok so this is the highlight of my career – I’m so proud of our Art Team! I loved the diamond wigs – which I actually had a cheeky try on myself! The way it shone in the light and noise of the glass droplets when walking was incredible!”

Bravo to everyone involved – you did us proud. xx